How to change the base path in NitroNet for Sitecore 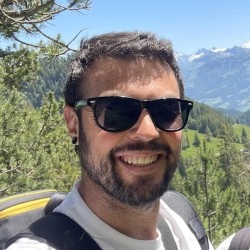 I'm a programmer. Currently working with C# and Sitecore.

I'm currently involved in a Sitecore project that fully embraces NitroNet for Sitecore to integrate its frontend. So let's start this off with a bold statement, because - why not ¯\(ツ)/¯

NitroNet for Sitecore is how frontends should be integrated in a modern Sitecore project.

No more recreating static HTML prototypes in razor views. No long hours of comparing markup between a pretty HTML preview provided by the frontend engineers and what actually gets rendered by the razor view engine from your view- and controller-renderings. With NitroNet for Sitecore we are able to use the handlebars templates directly.

By the way: if you are still using ASP.NET Web Forms - wow

Show me the code

When using Sitecore Dependency Injection, the documentation here about changing the NitroNet base path is not totally honest with you, because this setting is not considered at all in the default NitroNetServicesConfigurator.cs class. So let's have a look at what I changed to make it work.

Make the base path configurable

I added a setting to the web.config file

Always consider and prefer using some sort of transformation, instead of changing the Sitecore web.config file directly.

Replace the registrations in the DI container

The base path is used in two places in NitroNet:

Both of them are registered as a Singleton in the services collection. You can either replace the NitroNetServicesConfigurator by removing the default DependencyInjection.config patch file and copy the code into your own class containing the change shown below, or replace just the affected registrations with an additional IServicesConfigurator like this:

If you choose the approach above, don't forget to add it to the config and make sure you patch it after the default config file.

It would have been nice if the provided NitroNetServicesConfigurator was more flexible in how it is getting the base path without replacing the entire class. Maybe even offer some extension points for the services it is registering.

Well, it's Open Source, so no whining is allowed. Let's improve it together. My pull request is waiting...

I'm a programmer. Currently working with C# and Sitecore.